“Goooood morning, March!” I wanted to yell this out loud as I threw my arms over my head and gave the clean brisk morning air a big warm hug. It’s a new month, and my favourite season is just around the corner; no amount of baguette, cheese and wine (which, in my opinion, is a beautiful match – nay, mélange-à-trois – made in heaven!) from last night was going to stop me from kicking it off with a Saturday 8am workout & a new surge of energy.

For someone who’s more often an owl than a lark, I love mornings. I also love sunrises. But of course, getting up early enough to catch them is no easy feat. Most recently, I made two attempts: one successful, in the Bagan archaeological zone over a plain of thousand-year-old stupas; and one unfavourable, at above 3,500m (11,500ft) en route to summiting Mt. Kinabalu. Regardless, wonderful memories were made on this trip to Southeast Asia last month, with adventures encountered and stories to tell.

My friend and I started our trip in Bangkok, Thailand. Shortly before our planned arrival date, protests broke out in the capital, and a state of emergency was called. After much deliberation – taking into consideration the character of the Thai people, the way in which Western media tends to report conflicts, and a healthy dose of foolhardiness –  we decided to stick to our original proposal and exercise caution while in the area. As it turned out, the protests remained somewhat calm and more-or-less harmless during the days we were there; and by the time things got heated again, we had left the country. We got our Burmese visas from the consulate in Bangkok, and then headed up North to Chiang Mai. From there, unlike what most visitors would do – fly into Yangon (Rangoon), we took the land-route to enter Myanmar (Burma) instead. The border crossing we went through had only just been opened in November 2013, and our experience included walking across the symbolic Thai-Myanmar Friendship Bridge & going through numerous militia check-points as the evening turned into night. The Burmese leg of the trip was definitely amongst some of my favourites of all time, and I’m glad we made our way over there before the country becomes overly-commercialized like several of its neighbours… Our next stop was Malaysia, where we made our first above-4,000 meter summit; and after that, we wrapped up the trip in Singapore.

It’s hard to believe that 120 days have passed (sorry about the hiatus) since I started this project… I now feel re-charged, and ready for the next months to come. With a new job starting next week, I look forward to what the Spring has in store, and will continue to share with you the triumphs and tribulations of my yr24. 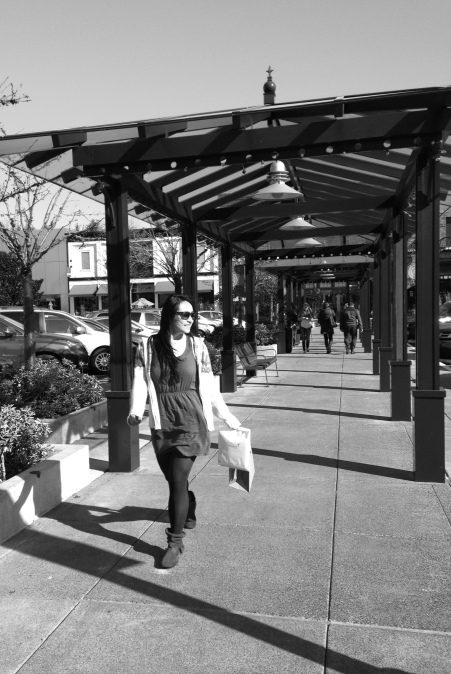 Strolling in the early-Spring sun yesterday afternoon :) As much as I absolutely love travelling, it sure is also nice to be back home in the Pacific Northwest.